The City of Birmingham were awarded a coveted gold medal award on 7th October 2012. My home city won a gold award in Best Large City category at the Royal Horticultural Society’s Britain in Bloom Awards.

The event was held in Guernsey and represented there were 1200 communities from all over the UK that entered into the RHS competitions. In total there were 450 community gardening champions hoping to pick up a prestigious award.

Birmingham was also on the shortlist for the Pride of Place Award and took the best floral displays prize. 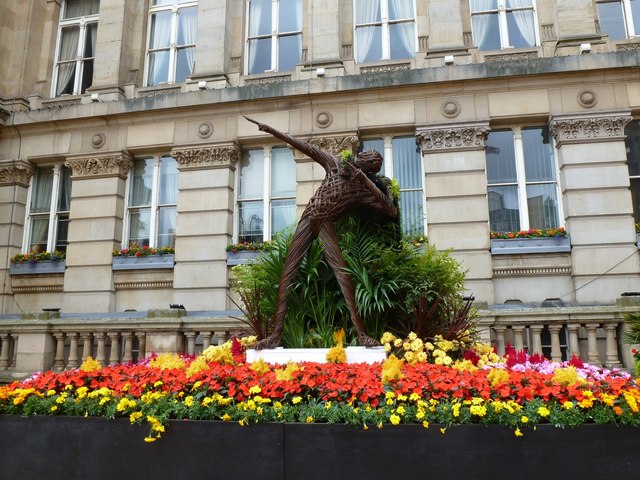 © Copyright Ruth Sharville and licensed for reuse under this Creative Commons Licence.

The three cities that came out winners of the in the community gardening competition category were Birmingham, Loughborough and Oldham. I can confirm that Birmingham did particularly well; having experienced their efforts first hand.

The three key areas that the city was marked against were:

The RHS judge, Rae Beckwith, heaped plenty of praise upon Birmingham by saying “Birmingham can be proud of its committed politicians, staff, team and community.  As a city you have adopted a prescription that, in these challenging times for local authorities, bucks all trends and indicates how high standard services can be maintained against all odds and expectations.”

“Congratulations on maintaining and improving your horticultural standards, your environmental quality and your community development, where you are creating an excellent framework for participation and involvement.  These initiatives can only further enhance Birmingham.”

Birmingham City Council’s Head of Parks, Darren Share, thanked the city’s provider of amenity horticultural services company Quadron. Darren said “Thank you for all you and your teams’ support in this year’s entry into Britain in Bloom.  It was a true partnership and has helped raise the profile of Birmingham… I see Quadron as a key member of the team.”

The ultimate title of Champion of Champions 2012 award for the community gardening competition went to Broughshane in Northern Ireland.

All in all a record-breaking twenty-four gold medals were given out at the RHS event in St Peter Port, Guernsey. This huge ceremony involved in excess of 200K volunteers making it the largest voluntary campaign in the UK.

Connecting Children with Nature and the Fear Factors